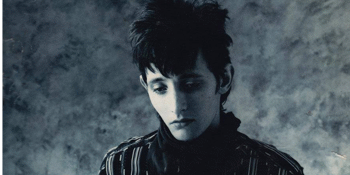 Rowland S. Howard was one of the most distinctive and influential musicians Australia has ever produced.

With his Fender Jaguar guitar he created a sonic language of often sharp, brutal intensity while winning hearts with soul baring lyrics laced with love, heartbreak and longing.

At 16 Rowland became a key figure in Melbourne’s post punk scene, penning the hit Shivers, a tongue in cheek anthem of teenage angst.  Starting in 1977 he was vital to The Young Charlatans, The Birthday Party, Crime & the City Solution, his own These Immortal Souls and finally of course his 2 unforgettable and powerful solo LPs.

By his death in 2009, Rowland’s career was truly international and had spanned 34 years, spawning countless notable collaborations, and  leaving a blazing legacy that continues to inspire artists and musicians today.

Pop Crimes (the show) was first performed 3 years after Rowland’s death, then again for the All Tomorrow’s Parties Festival in 2013 and for his 5 year anniversary at Melbourne Festival in 2014.

Original members of his bands and key collaborators from Rowland’s illustrious career are coming together yet again in an electrifying celebration of this Australian music icon.

Special guest singers will include Hugo Race and Jonnine Standish, with more to be announced.