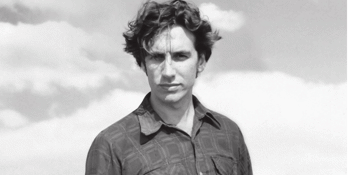 Truckload of Sky - The Lost Songs of David McComb

Featuring members of The Triffids, Blackeyed Susans, Frente and more.
The Factory Theatre (Marrickville , NSW)
Saturday, 20 February 2021 7:00 PM
33 days away
18 Plus
Music
Send this event to

Truckload Of Sky – The Lost Songs Of David McComb

Over the past couple of years some friends of David McComb (lead singer and songwriter from acclaimed Australian band, The Triffids) have been bringing to life a treasure trove of superb songs from his pen.

These are songs that were not recorded, most not yet written, during the Triffids’ span in the 70s and 80s, rather they were written in Melbourne and London in the 90s and never properly recorded for various reasons.

They’re not cast-offs, it’s more a case of time running out for their writer, sadly.

They were recorded over a couple of summers by an assemblage of musicians who have good reason to believe they could do them the sort of justice they deserve. Members of the Triffids, the Blackeyed Susans, people who had shared a stage and other delights with the man himself along with musicians who knew him and loved him through his music. We all got to know him a little better in the process.

The record contains eight brilliant, fresh songs sung by singers who interpret them in utterly convincing fashion released on 17th February, 2020 which would have been David’s 58th birthday.

To celebrate the release, selected shows will be played around the country featuring most of the folk who appear on the record. The band is Evil Graham Lee and Rob McComb (from the Triffids), Phil Kakulas, J.P. Shilo and Mark Dawson (from the Blackeyed Susans, Ed Kuepper, Hungry Ghosts), Dan Luscombe famed Melbourne musician who’s played with more names than he can remember. Singers are Rob Snarski (Blackeyed Susans), Alex Gow (Oh Mercy), Angie Hart (Frente) and the previously mentioned J P Shilo. On the night at least a couple of special guests will be joining us too.

Expect all the unearthed songs along with a helping of better known Triffids songs.

Just as we did, the audience will get to know David just a little better.