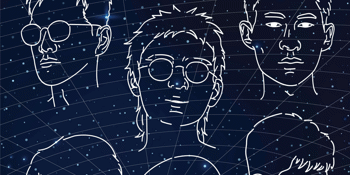 In the upcoming March, we proudly announce that the “Golden Melody” awarded band The Chairs and the “Golden Indie Music” awarded band Accusefive will be two of the performance guests of FLICKER LIVE Chapter One.

ACCUSEFIVE was established in April 2017, formed by Lead singer / Guitarist Yun-Ann, Lead singer Quan-Qing and Drummer Qian. To show the diversity in music, the band includes a variety of music genres in their works. The tickets of the 2019 Performance Tour in 6 cities (Beijing, Shanghai, Guangzhou, etc.) were SOLD OUT in 10 seconds!