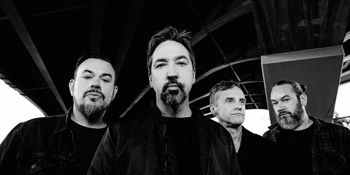 Indeed if you thought 2014’s seething, pummelling FVEY was peak fury, you ain’t heard nothin’ yet.

“I don’t think FVEY even compares with the anger I feel now with what’s going on,” says frontman Jon Toogood. “I wrote that before Trump was in power. There’s been some real dark shit happen, worse than what I could have imagined.”

It did, however, take some time for the singer to find his voice. As a unit Shihad may have spent the past few years writing the kind of lurching, bulldozing riffs they’ve specialised in for more than three decades – of the blistering “Little Demons” Toogood quips: “It’s one of those riffs where if I’d heard it I’d have gone, I wish I’d written that. And luckily, we wrote it!” – but the frontman wasn’t sure of what he had to say.